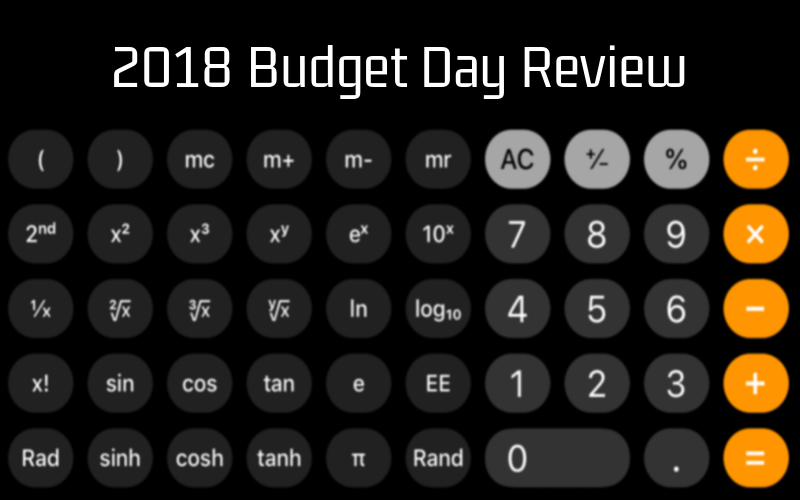 On Monday 29th October, Chancellor Philip Hammond delivered the UK’s 2018 Budget. In a rhetoric that was largely absent of any shocking revelations or policies, there are a number of talking points to be dissected from the budget.

In this years budget breakdown, we’ll identify the talking points that would most have the greatest impact to businesses, and our clients.

A new digital services tax will come into play which is aimed to target the giants on the tech industry such as Google, Facebook, & Amazon etc. while ensuring start-up & small tech companies are not affected by the tax. Philip Hammond was keen to stress that this policy is “NOT AN ONLINE SALES TAX”

Small business rates are being cut by a third over the next 2 years for retailers with a rateable value of £51,000 or less.

While the Chancellor will not make any changes to the amount of relief available to entrepreneurs, the qualifying ownership period has been doubled to 2 years.

This means that an office holder that holds at least 5% of the shares and voting rights in a company that is actively trading will pay the reduced Capital Gains Tax rate of 10% once these assets are sold. This increased ownership requirement comes into effect on disposals made on or after 6th April 2019.

Fuel duties have been frozen for the 9th successive year, while duty on beer, cider, and spirits have been held for a year – we’ll drink to that!

The national living wage will increase by another 4.9% next April which will take the minimum wage from £7.83 to £8.21, in an attempt to ease the cost of living for lower income families.

The threshold for businesses to be required to register for VAT will be frozen at £85,000. Meaning that businesses that are growing gradually may be caught up by the VAT initiative sooner than expected due to the freeze.

Small businesses that want to take on an apprentice will see a 50% reduction in their contributions from 10% to 5% as the government increases their support for apprenticeship schemes throughout the UK.

For a period of 2 years starting from 1st January 2019, the Annual Investment Allowance will be increase from £200,000 to £1,000,000 to invest in assets such as machinery, and to aid growth. The government states this will lead to “significantly faster tax relief for plant and machinery investments”.

In an attempt to reduce fraudulent R&D claims, of which HMRC identified £300m worth in 2016/17, loss-making companies will see R&D claims capped at no more than 3x the total PAYE and NIC liability. This will come into affect as of April 2020.

With quite a lot to digest in this year’s budget, you may understandably be uncertain if you or your business will be affected by any of the policies being implemented. Here at Price Davis, we’d be more than happy to discuss your personal situation, and the impact for your business. Feel free to get in touch with us on 01452 812491 or email Ask@pricedavis.co.uk.