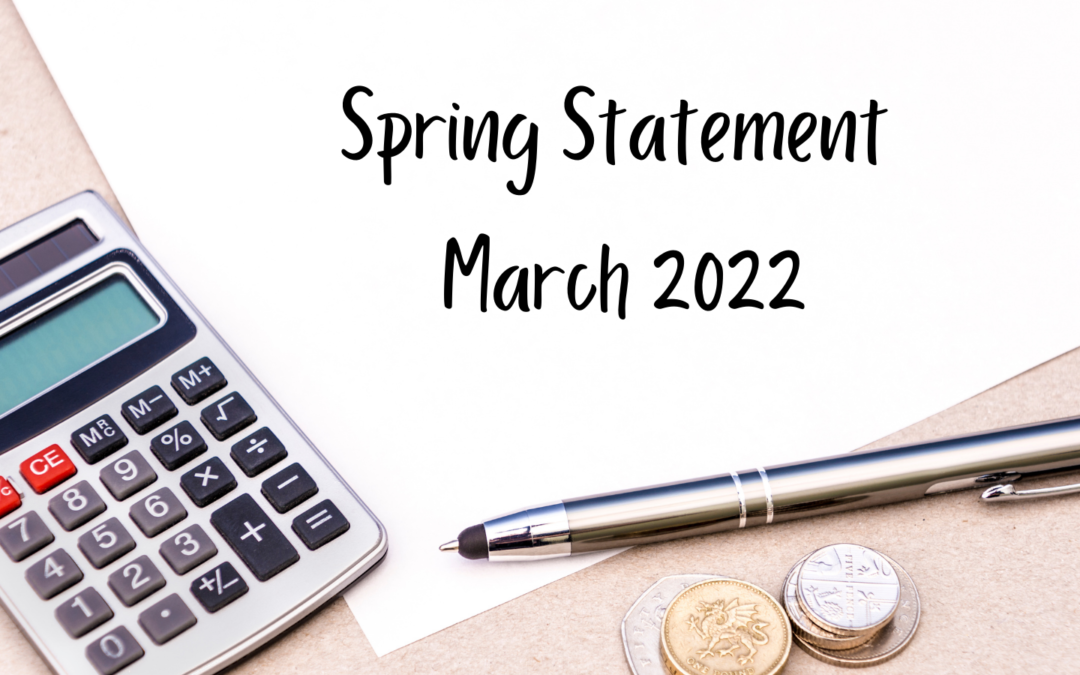 With inflation hitting a 30-year high of 6.2% in February, the Chancellor has been under pressure to deliver something resembling a mini-Budget in this years Spring Statement, which usually is only intended to be an economic update.

Sunak’s responded to the cost of living crisis by:

While the big headline-grabbing measures respond to the rising living costs, he also highlighted the need to create “a new culture of enterprise” with the private sector training more, investing more, and innovating more. Along with the roll out of the tax plan (which is already available on gov.uk), the Chancellor announced a few teases for the Autumn Budget including:

The Chancellor announced “for the first time in 16 years” a 1% cut in income tax before the end of the Parliament in 2024. Sunak said this would be a £5bn tax cut.

Sunak confirmed that the planned 1.25 percentage point increase in National Insurance will go ahead in April to raise cash for health and social care.

However, the Chancellor tried taking the sting out of this roll of the new health and social care levy by increasing the NIC threshold by £3,000 instead of the planned £300. He said this would equalise the NIC and income tax thresholds in one go from July.

This takes the new NI threshold to £12,570. He quoted the IFS as saying this is the best way to help low and middle income workers.

Being “no longer constrained by EU law” allowed The Chancellor to scrap the 5% VAT rate on energy saving insulation and solar panels. He said this would “abolish all red tape imposed on us by EU”. This cut will not apply immediately to Northern Ireland.

I can announce for the next five years, homeowners having materials like solar panels, heat pumps or insulation installed will no longer pay 5% VAT – they will pay zero,” said Sunak.

He also confirmed that the government will reverse the EU’s decision to take wind and water turbines out of scope and zero rate them.

As costs continue to spiral at the pumps, Sunak’s decision to slash fuel duty had been strongly expected in the days leading up to today’s speech.

The 5p per litre comes into effect at 6pm 23/03/2022 and is worth £5bn. Fuel duty was previously frozen for 12 months at the Autumn Budget in October last year.

Sunak had set the foundations for the R&D tax relief overhaul during his Mais Lecture when he said, “clearly it is not working as well as it should” for small and medium-sized companies.

“Right now we know that the amount businesses spend on R&D as a percentage of GDP is less than half the OECD average. And that is despite us spending more on tax reliefs than almost every other country. Something is not working,” he said.

So Sunak confirmed that the government will reform R&D tax credits so that “they’re effective and better value for money. [This] will expand the generosity of the release to include data cloud computing and pure maths. And we’ll consider in the autumn whether to make the R&D expenditure credit more generous.”

Sunak also noted that the super deduction ends next year, which means “our overall tax treatment for capital investment will be far less generous than other advanced economies.” So they are committed to “fixing that” in the Autumn Budget.

If you require clarification of how the changes outlined in the Spring Statement specifically affect you or your business get in touch with Craig at: Craig@pricedavis.co.uk or call: 01452 812 491.